Skip to main content
The season change from warm summer days to cool fall colors is welcomed by many. One of the biggest draws of autumn is the call of pumpkin spice everything.

From lattes to muffins, cheesecake and cookies to pretzels, trail mix, candles, and lip balm, pumpkin spice rules the fall season with an iron grip.

Have you ever stopped to wonder why society is so captivated by this seasonal flavor? Studies have actually shown that pumpkin spice is addictive in several ways. CBD oil, on the other hand, is not. There is something fun to wrap your brain around. Let us help you.

Why Pumpkin Spice is Addictive

This year Starbucks rolled out the Pumpkin Spice Latte in August. Before Labor Day, stores were already stocking the shelves with pumpkin spice everything. Why do we love this flavor so much? 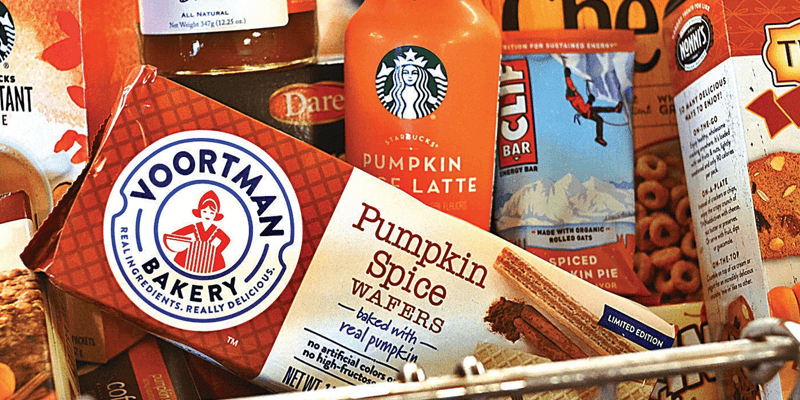 Research shows that the combination of sugar with pumpkin spice, as is present in most pumpkin spice recipes, can create distinct cravings.

According to Catherine Franssen, Longwood University Director of the Neuro studies Minor, “When an odor or flavor is combined with sucrose or sugar consumption in a hungry person, the person learns at a subconscious, physiological level to associate that flavor with all the wonderful parts of food digestion.”

Eighty percent of taste is smell, so even the smell of pumpkin spice can cause the brain to crave that flavor of fall.

Recipes certainly vary, but most pumpkin spiced goods contain ginger, ground cinnamon, allspice, cloves, and nutmeg. A lot of store-bought confections and drinks like pumpkin spice lattes only contain about ten percent of this natural blend. The remaining ninety percent is made up of synthetic chemicals tricking your brain into thinking you are getting the real deal. Some chemicals are added to heighten the pumpkin flavor or even add a hint of warm butter flavor so your goods taste fresh-baked even if they come in a cup.

There are very popular pumpkin spice latte mixes that include the mock ingredients cinnamic aldehyde, eugenol, vanillin, cycloten, and sabinene. These ingredients are also found in Coca-Cola.

We may not realize it, but the brain loves change. The best kind of change is the predictable kind such as the cooler weather and pretty colors that accompany fall around the same time every year. Along with this consistent change comes anticipation of fun things like holiday celebrations and family gatherings. When the pleasurable neurotransmitters are engaged the brain searches for some way to consistently associate that feeling.

Certain foods are heavily associated with specific moments or times of the year. Turkey on Thanksgiving or chocolate on Valentine’s Day are seasonal staples. Likewise, pumpkin spice rules the fall. Our sense of smell is connected directly to the limbic system in the brain. This is the center of emotional memory. Nothing says it's going to be a great autumn day like a bowl of pumpkin spice cereal, some pumpkin spice covered pretzels or a classic pumpkin spice latte. Once that feeling is experienced it is frequently desired, which is one of the reasons pumpkin spice is addictive. 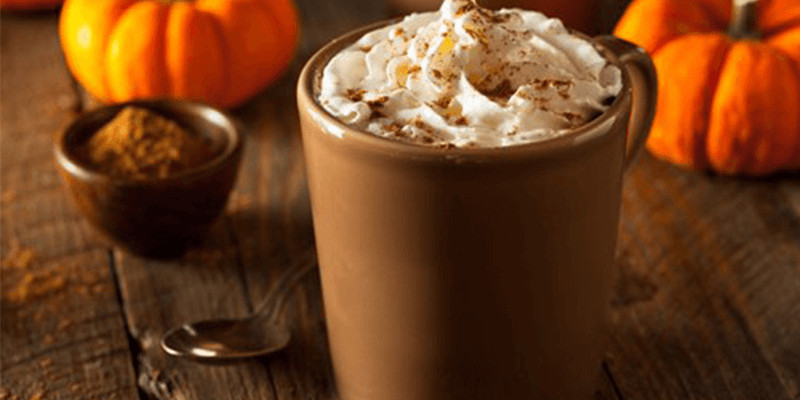 Everyone knows someone who remains in a perpetual zombie-like state until they have had their morning cup of coffee, barely human until they are at least three sips in. That may even be you. The Pumpkin Spice Latte (PSL) is a seasonal icon and the umbrella beneath which all other pumpkin spice products exist. If pumpkin spice is addictive, this seasonal latte is what causes the most interventions, often by weary spouses who are watching paychecks go down the pumpkin spice scented drain. One important component of the PSL is caffeine in the form of coffee.

A 2013 review published in the Journal of Caffeine Research by researchers at Johns Hopkins and the University of Vermont stated, “Caffeine is the most commonly used drug in the world. Although consumption of low to moderate doses of caffeine is generally safe, an increasing number of clinical studies are showing that some caffeine users become dependent on the drug and are unable to reduce consumption despite knowledge of recurrent health problems associated with continued use. The World Health Organization and some health care professionals recognize caffeine dependence as a clinical disorder.”

CBD is a Non-Addictive Mood Booster

We crave pumpkin spice because it makes us feel good. If you are looking to feel good, CBD is also a great way to go without the high-calorie count or synthetic chemicals. In 2017 the World Health Organization found CBD to be safe and non-addictive.

Research shows that the body’s natural endocannabinoid system has an impact on mood and stress levels without impacting the dopamine-reward system that keeps people craving more.  Though the fall is often welcomed, seasonal depression is not uncommon. Increased appetite is often a symptom. It is easy to find comfort in a big pumpkin spice scone. But it may be more reasonable to try a serving of Receptra CBD, first.

Don't let this information burst your pumpkin spice bubble. There are some healthier ways to get your fix and feel good about it. Check our natural recipe for Receptra Pumpkin Spice CBD Latte and enjoy the season!