Colorado has been at the forefront of the cannabis revolution since before legalization, and that statement is not limited to marijuana.

Hemp production was also illegal until provisions in the 2014 U.S. Farm Bill opened the door to legal cultivation, followed by full legalization with the 2018 Farm Bill, effectively removing hemp as a Schedule 1 Drug. Colorado was one of the first states to make the move toward farming hemp at scale, which is why the state continues to be one of the leaders in the industry.

Where Does Colorado CBD Come From?

Pure CBD hemp oil is derived from hemp plants, which are different from marijuana plants, though they are both cannabis. The primary difference between hemp and marijuana is the amount of THC in the plant.

Most marijuana plants are bred to be high in THC. Hemp, on the other hand, cannot legally have over 0.3% THC by dry weight in the plant. One other general difference is that it is more common for marijuana to be grown indoors, while hemp plants are more tolerant of being grown outdoors.

Colorado is the Hemp Industry Leader

The Centennial State currently ranks number one nationally with the most acres of hemp planted. According to the Colorado Hemp Industries Association, the state currently has:

There are ups and downs to being the first. There is a lot of trial and error, but also a lot of hard-earned successes. Being the first to make those adjustments has allowed Colorado to stay a step ahead of others just entering the market. This is true for general hemp farming practices, technology, business and overall quality.

After a hiatus of almost 45 years, the Agricultural Act of 2014, also known as the 2014 Farm Bill, reintroduced industrial hemp production in the United States, but with limitations. The 2014 Farm Bill allowed State departments of agriculture and institutions of higher education to legally grow and cultivate hemp for purposes of research or to license growers in their State for these activities.

Although hemp growth was authorized in 2014, State pilot programs varied significantly. According to the USDA, in 2014 only four states (Colorado, Indiana, Kentucky, and Vermont) reported hemp planted on a total of 1,866 acres; Colorado alone accounted for 97 percent of that acreage.

In 2016 the Colorado Department of Agriculture launched the first certified hemp seed program in the country. Seeds must be approved through validation trials across multiple environments across the state. Each location has distinct day and nighttime temperatures. Altitude, soil type and growing seasons also vary providing a broad representation of growing conditions across Colorado.

Once the Colorado Department of Agriculture approves the varieties, they are tested and accepted by the Colorado Seed Growers Association Variety Review Board. Hemp seed varieties are produced according to the standard of the Association of Official Seed Certifying Agencies (AOSCA). Using certified hemp seed allows Colorado growers to have confidence in the quality of their crop. 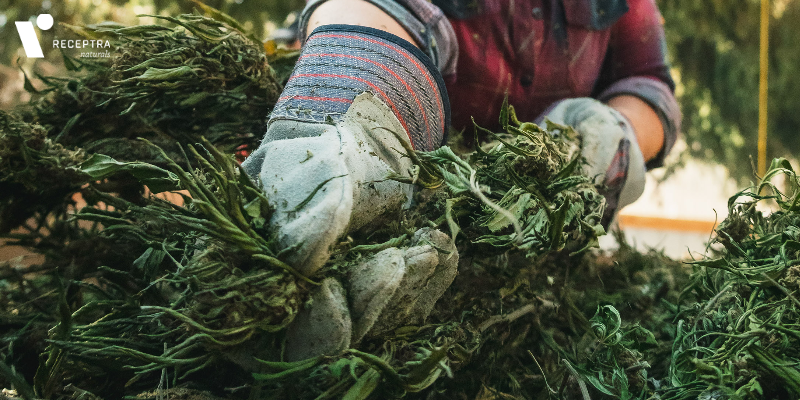 According to a 2019 report from New Frontier Data “While Colorado’s geography can provide challenges, Eric Steenstra of Vote Hemp says its climate is nevertheless conducive to hemp cultivation. In humid states like Florida, cultivators have higher risks of mold and other forms of bacteria due to humidity. Colorado’s dry air conversely presents less of a risk to outdoor grows.”

Hemp grows very well in Colorado soil, where it is not difficult to find the requisite pH levels at a minimum of 6 and ideal of 7 to 7.5. Hemp plants have long taproots which means that they are able to access groundwater and require significantly less irrigation than other crops. Some trains of hemp perform exceptionally well at a higher elevation. Scientists have even found that the effects of high-altitude, Colorado sunshine increase cannabinoid production in some plants.

There is often confusion regarding the differences between hemp and marijuana. The Colorado Industrial Hemp Program, which is a subset of the Department of Agriculture, has set protocols in place to ensure the purity of the product. Testing is conducted on hemp crops to guarantee that they have no more than at or below 0.3% THC in order to be considered hemp.

Pure hemp CBD should not generate psychoactive effects in normal amounts. A crop testing above the maximum 0.3% threshold in Colorado is considered marijuana and is required by the Colorado Department of Agriculture to be destroyed.

Following on the heels of the 2018 Farm Bill, which legalized hemp production, Colorado has a unique opportunity to establish a comprehensive plan for the stewardship, management, and advancement of the state’s hemp industry. Colorado’s plan has been submitted to the United States Department of Agriculture and is anticipated to go into effect in November of 2020. Among other things, the plan specifies field testing requirements, reporting standards, background checks, disposal procedures and more.

In efforts to develop a successful and viable industry for CBD oil, Colorado companies have the advantage of experience, innovation, and quality. Colorado CBD manufacturers have been competing on a statewide basis, far longer than their out-of-state counterparts and have had to go above and beyond to become best.

Though independent third-party testing is not required for CBD companies, quality producers such as Receptra Naturals have committed to a higher level of quality and transparency. Additional factors such as organic hemp farming practices and wellness-centered philosophies set Colorado companies like Receptra apart from the rest.