Terpenes are the essential oils found in the hemp plant. These oils give all plants, herbs and flowers their diverse aromas but also contain beneficial properties. The combination of these oils in conjunction with cannabinoids naturally present in hemp extract creates the “entourage effect.” This is the concept of using the full range of plant compounds working together to enhance the naturally beneficial properties of the plant. This is especially true for CBD, which is most effective when it is delivered in a full spectrum hemp extract. Sometime terpenes in CBD oil are endearingly referred to as “terps.”

“Full-spectrum” is the concept of utilizing all of the cannabinoid compounds in the whole plant. CBD is one of over 100 known cannabinoids found in the cannabis plant, and there are more than 400 other beneficial plant compounds including terpenes, flavonoids, minerals, fatty acids, chlorophyll, and more. The synergistic interaction of all of the cannabinoids is called the “entourage effect.” and contributes to the overall benefits of CBD. Using full spectrum CBD means that the majority of cannabinoids and terpenes in CBD oil remain intact during processing.

Having the full spectrum of cannabinoids and terpenes in CBD oil makes a big difference in how the body receives the CBD. Vastly different from full spectrum CBD, isolate CBD contains only one isolated cannabinoid. Unbeknownst to many, the entourage effect is not present in CBD isolate. Thus, 60 milligrams of single-molecule CBD will not have the same benefits 60 milligrams of whole-plant CBD extract.

The hemp plant carries 120 different terpenes in various quantities. The volume and variety of terpenes present in a bottle of full spectrum CBD depend on the quality of the hemp and the method of processing. Lab tests can analyze both the content of cannabinoids and the presence of terpenes. Each of these terpenes carries a unique set of properties and interactions with the body. Here are a few that flourish in Receptra full spectrum CBD.

With the continued movement towards less-toxic substances in foods, medications, cosmetics and cleaning supplies limonene has stepped in as a natural alternative. As implied by its name, limonene is abundant in cannabis and most citrus fruits. Limonene has been shown to neutralize gastric acid and support a normal digestive movement. This terpene also assists in generating the antioxidant effects of CBD oil.

One of the most prominent terpenes in the Receptra terpene profile, BCP serves a number of purposes in synergy with full spectrum cannabinoids. Increasing mitochondrial function is one of the benefits of BCP. In turn, this can positively influence the metabolism. BCP also upgrades natural endorphins and can help reduce a leaky blood-brain barrier, which helps increase the neuroprotective function of CBD. Black pepper, bell peppers, and ginger are also good sources of BCP, which is an FDA approved food additive.

As expected, eucalyptol is commonly found in eucalyptus trees, though it is also prevalent in camphor laurel, bay leaves, tea tree and of course, hemp. This terpene is often used in antibacterial products such as soap, toothpaste, and cleaners. Eucalyptol (also called cineole) is toxic to several species of bacteria including Staphylococcus aureus (Staph) and Escherichia coli (E-coli). It also pairs well with cannabinoids to increase antioxidant effects.

This terpene plays well with others and has been shown to change the foundation of other terpenes to synergize their anabolic potential. Beta-Myrcene is found abundantly in hemp, mangos, basil, and hops. Hops and cannabis are both members of the Cannabaceae family. One of the greatest benefits of this terpene is its ability to stimulate the release of endogenous opiates, which can mitigate the need for heavy pain medication.

Linalool is one of the most recognizable terpene aromas. Commonly derived from both cannabis and lavender, linalool is used for many of the benefits associated with aromatherapy. Lavender has been used for centuries to reduce stress. This is because of the modulating effects of linalool on the nervous system. This terpene also increases production of vitamin E in the body and plays a part in determining the color of the plants in which it is held. 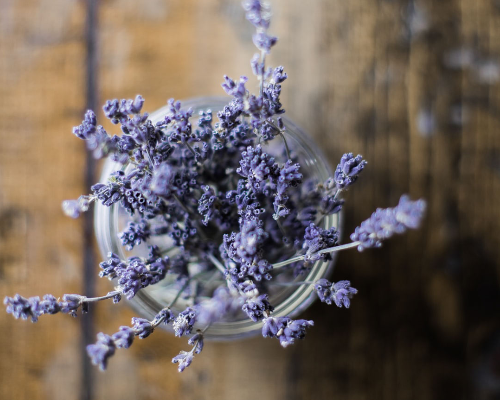 Several plants contain nerolidol, often found in their essential oils. These plants include ginger, jasmine, tea tree, lavender, and lemongrass, all of which are frequently used in aromatherapy. Ne

rolidol is a secondary terpene, which means it is less volatile and more aromatic than monoterpenes and other evaporative substances. It has a woody and fruity scent which is complementary in cosmetics, fragrances and foods.

Pinene is one of the more common terpenes in the plant world and is found in pine needles, eucalyptus, cedar, basil, conifer trees, dill, oranges, parsley, sage, and rosemary. Rosemary and sage are considered “memory plants” largely due to the presence of this terpene. Pinene is often associated with increased mental focus and energy. It has a fresh forest scent, which may also contribute to alertness.

Alpha-humulene is found commonly in clove, ginseng, and sage among other aromatic herbs. One of the unique properties of alpha-humulene is its ability to reduce appetite, showing potential benefits in weight management. Cannabis is generally associated with an increased appetite because of the cannabinoid THC. Alpha-humulene can help here. This is another reason that terpenes can be crucial for meeting health goals.

Beta-Ocimene has been noted for its effects on cytokine suppression, which means a reduction in inflammatory response. This terpene is used in a number of fragrances. Aside from hemp, it is also found in mint, kumquat, parsley, and bergamot. On another interesting note, beta-ocimene is also a pheromone involved in the social regulation of honeybee colonies . . . which probably has nothing to do with its effect as a terpene in CBD, but it is kinda cool.

This terpene also goes by the name levomenol. It is a common addition to cosmetics and other skin products because of its ability to help penetrate the skin, thus increasing the effectiveness of topical applications such as Receptra Targeted Topical and Body Butter. Alpha-bisabolol can also be found in chamomile flowers and the South African Candeia tree.

Terpenes Add to the Efficacy of Full Spectrum CBD

The combination of cannabinoids and terpenes are what makes CBD a powerhouse of health benefits. The unique terpene profile of Receptra's full spectrum CBD is one of the biggest differences in why Receptra's products produce maximized results. If you have any questions about how the compounds in full spectrum CBD can make difference in your life, please don't hesitate to contact the experts at Receptra Naturals for more information.