One would be hard-pressed to find a fitness couple as inspiring as Aneeta and Karim Rasool. These two hard-working health enthusiasts reside in Manteca, California where they have made a commitment to living active lifestyles year round. Through their quest for health and wellness, Aneeta and Karim have become a part of the Receptra Family.

Aneeta is 47 years old and Karim is 51. You would never know that judging by their appearance or energy levels. The couple has been together for 10 years but married for only a year and a half.

“We were on a beach in Maui and I said to Karim, ‘Remember what you asked me 10 years ago? Do you still want to do that?’ I figured after 10 years we weren’t going anywhere,” laughs Aneeta.

Falling In Love Through Fitness 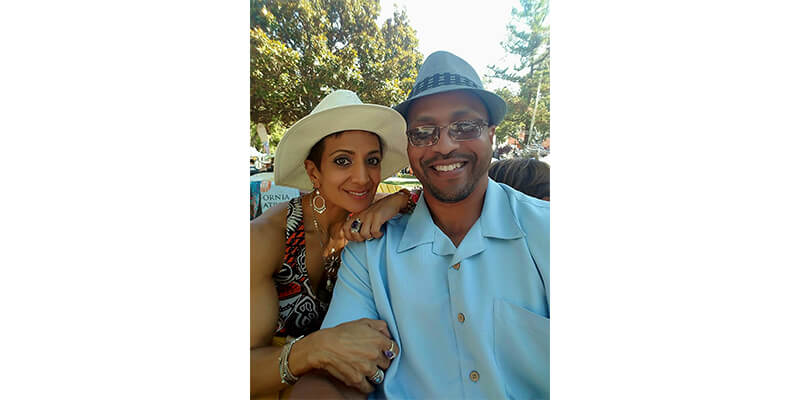 The Rasools were fitness-conscious long before they met. Karim was active as a competitive athlete, he has been for most of his life and continues to be today. Aneeta was teaching Group X Fitness classes eleven and a half years ago, and considered herself to be the “Cardio Queen.”

“We met in the gym if that tells you anything,” said Karim. “I’ve always participated in some kind of sport whether it was, bodybuilding, basketball, power lifting, BMX biking or now jiu-jitsu.”

“We saw each other in passing. And that was it,” said Aneeta. “Since the very first day we spoke, we have never been apart. People still think that we are the new couple. Karim got me lifting weights and competing in fitness. He was the one who opened the door for me to a whole new athletic genre.”

The Rasools prefer to train together, but their schedule is tough during the week. Karim works at a Volkswagen Parts dealership that is a long commute away. This doesn’t hinder Karim’s motivation. He is up and at the gym by 4:30 a.m. on weekdays.

Aneeta has a more flexible schedule. She is a Reiki practitioner (energy healing) and also enjoys creating custom vegan dishes, which you can see on Instagram @madewithlove.44.

“I absolutely love to cook,” said Aneeta. “I really enjoy creating what people enjoy to eat in a vegan version. How can I create this in a healthy, vegan way? Creating the Valentine’s Day CBD cookie recipe for Receptra was so much fun! He’s [Karim] my taste tester.”

The fitness couple has been living a vegan lifestyle for a little over a year. Karim attests he used to have to force himself to eat enough to gain weight and muscle as a bodybuilder. This undoubtedly involves very high protein intake and heavy supplementation.

“I began wondering what all the intake was doing to my insides,” said Karim. “Now I’m eating smarter.” 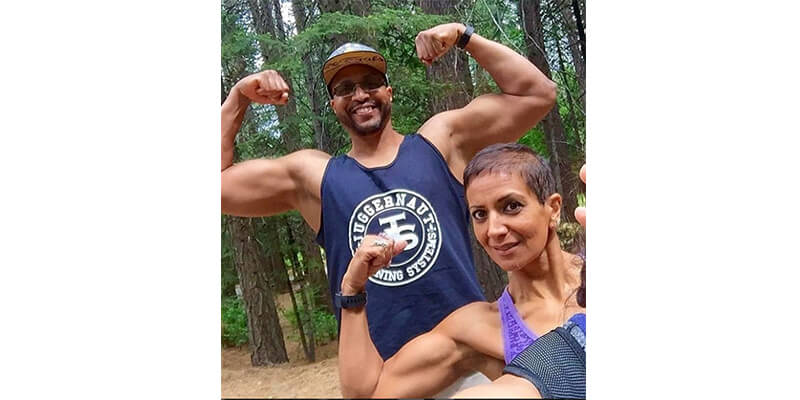 Being up at the gym by the crack of dawn is not for everyone. Karim makes it look effortless. But that is what happens when someone has a goal and sticks to it.

“I want to improve my jiu-jitsu game,” said Karim. “Most of my workouts pertain to how to become a better grappler. My goal is to win IBJJF (International Brazillian Jiu-Jitsu Federation) Worlds Masters in my division. I work out to feel good and move better.”

Karim recalls the first time he became aware of jiu-jitsu, which is a martial art strongly based on groundwork or grappling.

“I was watching The Ultimate Fighter (MMA fighter reality show) in 2005 and saw Randy Couture against Chuck Liddell. It was then that I Fell in love watching the groundwork. I love the chess match on the ground, so I signed up then but the school wasn't a good fit. I recently got back in. Now I am in a good place progressing and loving it.”

Although she cannot see herself as a grappler, Aneeta is Karim’s number one fan. She enjoys learning about the sport and supports him wholeheartedly. She attests that she can see how jiu-jitsu is helping Karim evolve mentally, physically and emotionally as it brings balance to his life.

Aneeta loves the way she feels when working out. An avid kettlebell user, she is constantly adapting her routine to provide full body strengthening.

“We love to maintain a healthy and balanced lifestyle, said Aneeta. “This is a way of life for us. Get up, brush our teeth, (take Receptra), go to the gym. Karim is always teasing that I have to stop myself because I enjoy it so much. It is not like a chore.” 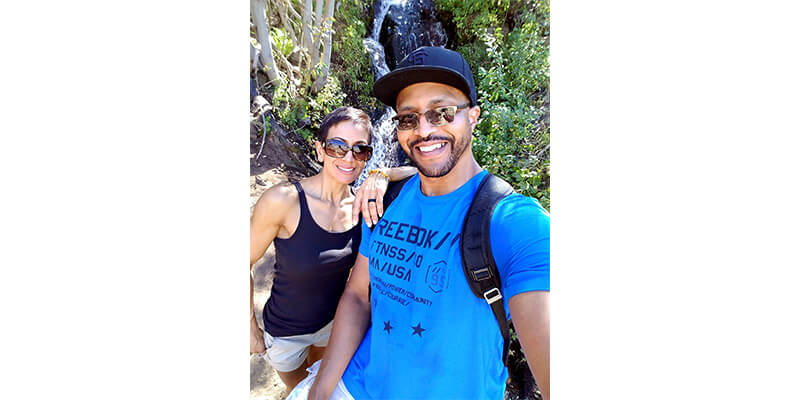 With the intense schedules and active lifestyles these two live, there is no doubt that their bodies are bound to have some wear and tear. Recovery is very important, and this fitness couple was finding it increasingly difficult to get their bodies to keep up with the demands.

“I would come home and Aneeta would be bent over in pain. We both had chronic back pain,” said Karim. “I couldn't squat or deadlift for over a year. Within a week of taking Receptra CBD Oil, I was seeing huge changes. It helps me to recover from grueling training and give me an overall sense of wellbeing.

I saw someone holding up a CBD bottle at an IBJJF tournament, so I Googled CBD and Receptra came up. I researched a bunch of different companies and products and thought ‘this looks like a legit company.”

Karim and Aneeta both use Receptra CBD Oil multiple times a day. Karim uses it as soon as he wakes up in the morning, again before bed. He may also use it after hard training sessions. Aneeta takes hers right after training and before bed. The fitness couple also uses the Targeted Topical for discomfort from training.

“We are a Receptra family,” said Aneeta. “Karim and I- and the dogs. We have noticed a big difference in our older dog. She is a Yorkie with an enlarged heart and joint issues. She was on Receptra Pet less than a week and she started hopping around like a little bunny rabbit. Her coat is shinier. Both of our dogs were on joint medication and now we have no meds in the house. Not for us or the dogs.” 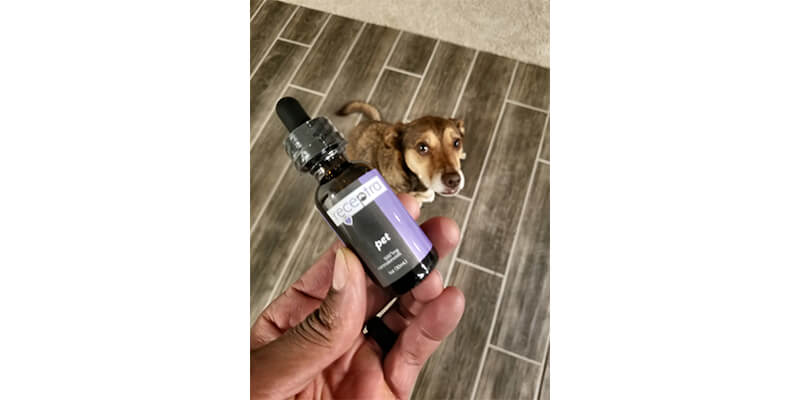 The Secret to a Healthy Lifestyle

A healthier way of life does not just happen. Being a Receptra family with a fitness couple mindset has helped the Rasools to physically and mentally rise to the challenge. But there are plenty of daily distractions that make it difficult to follow through on that commitment. Long days at work, aches, and pains or even self-doubt.

My secret is just to be happy. Find something to be appreciative of and passionate about. It works for me. That one little thing will snowball.