Overcoming constant pain and pain pill addiction was one of the biggest fights of my life.

This article was written by Bas Rutten. His story is a reflection of his personal experience, and he is not a medical professional nor is he giving medical advice. Receptra does not promote using CBD to treat or cure any medical conditions. If you are considering CBD hemp products for any reason, Receptra Naturals encourages you to consult your physician.

As fight fans know, I used to be a professional Mixed Martial Artist. After 7 years of not competing professionally, they asked me if I wanted to fight for a lot of money. Sure, why not? I wanted to have a pool in my yard, so I took the fight. I had no injuries, so I thought everything would be OK.

For about 6 weeks I was good—then every single injury that stopped my career in the first place, all of them and then some, came back with a vengeance. To deal with the pain, I started taking Norco’s—just one before a workout. The day of the fight I took one in the morning. I didn’t want to have my head in a cloud when I was fighting that day, so I took it at like 10 AM.

I won the fight by TKO in the first round. After the fight, I popped a pill, drank some beers, and started imagining my new swimming pool!

Quickly, one pill became two, but at this point it was twice a day. It progressed to five, then seven pills a day.  I remember drawing a “9” on the mirror with my wife’s eyeliner—I’M NOT going to take more than 9 a day!

Well I did, and eventually those Norco’s became Oxycontins. I made the switch to “Oxy’s” because my doctor told me that there was some acetaminophen in Norco’s and they would hurt my liver since I took so many. In the end, I was taking 8 to 10, 80MG Oxy’s a day.

A long time ago, a friend of mine gave me an 80MG Oxycontin. He thought I knew not to take the whole thing, I didn’t know, I took the whole thing. He freaked out saying, “Oh man, I am going to have to stay with you now, you’re gonna feel weird”—boy was he right. I was so looped up, couldn’t eat, sweating, dizzy, it was crazy for hours. I thought I could never do anything on those pills. Well, at the end of my addiction I took 8-10 of those a day. It’s crazy how the body adapts and breaks things down—super bad for you though!

I Became an Addict

I realized I was an addict, so I started to clean up using Suboxone. It’s like methadone they use for heroin. I asked the Doctor for it, who, at first, didn’t want to give it to me. I became very angry at him and told him he turned me into an addict and I needed those pills NOW—I got them right away.

Now, normally when you start with Suboxone you should wind that stuff down after a week or 10 days and not stay on it for longer, but nobody told me to do that. Unlike pain medication, it’s stuff that you can decrease—still the side effects are nuts.

But I was on that crap for 3.5 years until I heard Dr. Drew on the radio in my car saying: “Suboxone is the new methadone”. Well, that got my attention! I went home and started to research it.

I was an idiot because I never researched it before, ah well, at least I now knew I had to quit that stuff

The first time you take subuxone, they say you should wait at least 16 hours after your last pain pill. I added 4 hours extra just to make sure, so 16 hours.

Well that was still too soon…

People, if somebody here is addicted to pain pills and wants to use Suboxone to get off it—pay close attention now.

Do You Want to Experience Evil? 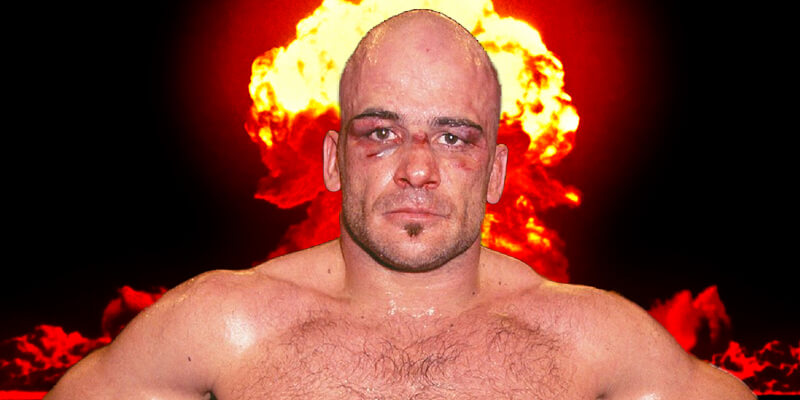 Now—I experienced a LOT of crazy stuff in my life, but you want to experience evil? Well, take my word, this was it! My skin looked like a lizard’s, goosebumps like you have never seen them before, all the hairs on my arms were standing up straight, and I mean EVERY hair. That’s why I said it looked like it wasn’t my skin, but a lizard’s. It felt like something was in my stomach moving around, and it didn’t feel like a good thing, very scary.

I was on the phone with 911 in my car (because of course this all happened when I was driving) but I couldn’t orientate where I was because I was in a state I have never been in before. Horrible and intense feeling, sweating like a maniac, screaming, hitting the steering wheel, people looking at me from other cars. Were they thinking I was a psychopath?

Just Google “Took Suboxone too soon”, and read the horror stories from people who had the same thing happening to them, it’s quite crazy.

Thankfully I found out a friend was close by who told me he had 12 Norco’s with him and he was at a place I have been many times before, so I knew how to drive there.

Tears coming out of my eyes without crying, ever had that? Like the floodgates have opened on the outside corners of both my eyes, it was the weirdest thing. I found my buddy, and asked him for the pills. He gave them to me, I took all 12 pills, I bought cigarettes (I don’t smoke) thinking  the nicotine would calm me down—I  was really desperate.

By the way, my buddy freaked out because he takes half a Norco when he has pain, I just took all 12 in front of him. That’s why I tell people who start with pain pills, you will NOT win, you are only going to need more and it will ALWAYS end bad.

When I calmed down, I drove down to a place my wife called for me to check in, and a person was waiting for me. I remember they wanted to give me the Suboxone within 20 hours of me taking those 12 pills. I told them NO (while shaking and sweating like crazy from the detox). Four more hours I waited—I never wanted to experience that whole episode again.

OK, so now I was on Suboxone.

Let’s name some side effects: Sweating, high blood pressure, double vision, falling asleep behind the wheel, falling asleep while watching TV/movie theater, peeing took a long time, my heart rate was over 80 every morning in bed, crushed my testosterone level to 5, not 500 or 50, no, 1,2,3,4, 5! The doctor never even heard of that number and asked me how on earth I could come out of bed since even women have a higher level than I have. Well, I said, “happy thoughts and just get out, I don’t want to get out of bed, but I have to”, it was really hard.

So, I wanted to stop that crap, first I tried to do it “cold turkey”, but after 5 days my daughter had a pool party at our home and my wife needed help, there was no way I could help, I was so sick, was in bed the whole day, shivering, sweating, not able to eat, just feeling horrible, so I restarted the Suboxone—at least this way I could help her out with the party.

Knocking out the Pills 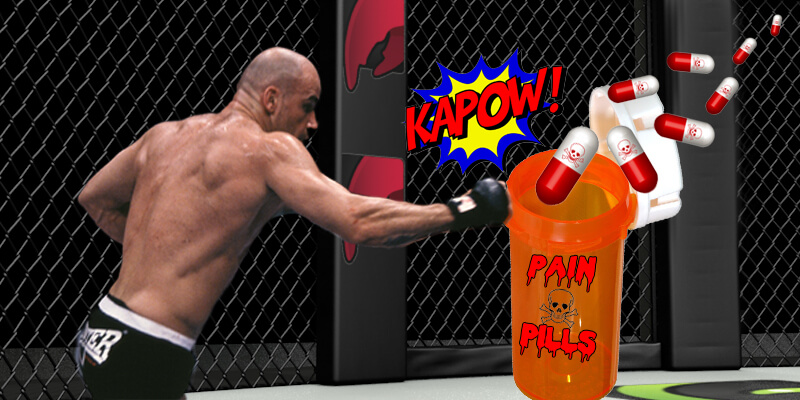 I came up with a better approach. Slowly, I started to decrease the dosage, went from 1.5 pills to 1, to ¾, to a half and from that moment, 2/3, ¼, half of that quarter, then half of that, then that once every other day and then I stopped. I was done!

I kicked it in 10 days after I completely stopped with the last little tiny piece. Apparently, a record for my doctor, he could not believe how I did it. But I just drank a lot of water, loads of amino acids, good food (you don’t wanna eat but you HAVE to do it) and training every day on a treadmill. I walked on an incline for 30 minutes, which was SUPER hard because you feel like gravity pulls you into the floor, there is no other way to describe this, like you are feeling 800 pounds and you really don’t wanna do anything but stay in bed. I just pushed through it because I had my eyes set on the end goal.

Man, in those 10 days I needed to ware shades everywhere because I became very sensitive to light. After those 10 days, my smell became much better. No more sweating. No more 5 minutes peeing. My heart rate returned to 55. Blood pressure was going down. NEVER falling asleep or even feeling tired during the day again. No more double vision.

I mean everything bad I had, disappeared in weeks, it was amazing.

Now since then I have still taken some pain pills. I had three neck surgeries after I stopped (4 in total). You get them after the surgery, but I wind down within a week. Sometimes when my back kills me and I have to travel, I take two with me. But only a few times a year.

Last year when I got my Receptra Relief 66mg for the first time, I had a trip to San Diego which is a 2.5-hour drive, my back was hurting so I asked my wife to give me a Vicodin (I still let her hide them, just to be sure, haha). She gave me one, I wanted to take it immediately but I thought: “You know what? I’ll try this Receptra first and see what it does and if it doesn’t help—then I will take the Vicodin”.

So I took a full dropper and was on my way. I eat something about 10 minutes after I take a pill or liquid, because that throws it into my system much faster, otherwise you might be waiting for 2 hours especially when you ate 30 minutes before you took the medication, it will take a long time. It is not the same for everyone and I can only talk about my personal experience.

But I ate something in the car and boom! Within 20 minutes I called my wife saying I couldn’t believe it, it’s like almost the same feeling, I am warm, feel good and the pain is gone. And you know what’s even better? It’s NON-addictive! 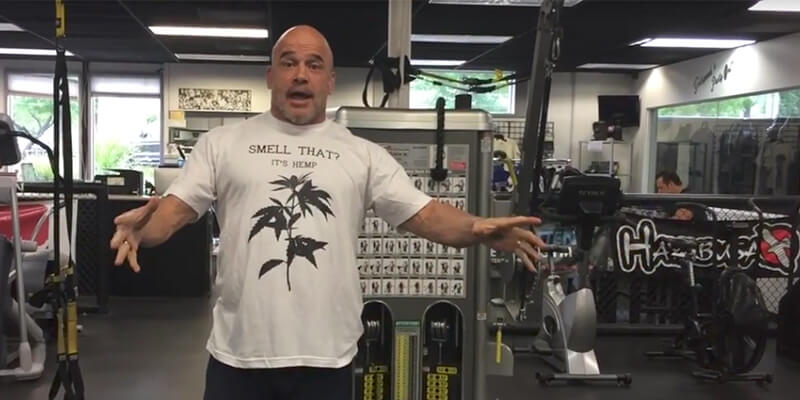 So now I started to use it before training. I find I can train harder than normal, so I won’t advise you to use this when you haven’t trained for a while. It will make your workout much easier, so you don’t feel where you normally would have stopped. So, if this is your first workout in a while, you are going to be in pain the next day, so do it only when you already went through your muscles aches from prior workouts. At least that is how it works for me.

I love everything about it, the more I hear the more I love it. I encourage you to do some research of your own. If there is something that is bothering you, and you think CBD might help, just search for it on the web- chances are you'll find some info one way or the other.

Receptra Naturals Pure CBD Oil has really changed my life for the better. I defeated the pain pills with the support of my family and friends. Receptra has helped me to stay focused on health and a life without those pills. But like I said, it isn't only for pain. CBD is natural, and healthy for everyone!

In other words, you would be weird NOT to take it!