Cats are full of personality. Sometimes that is wonderful and sometimes it can be a bit much. There is a line when playful behavior can become destructive and aggression becomes dangerous. Cats are known to be stubborn, independent and moody. Unfortunately, as a faithful owner, it can be frustrating to try and decipher the behaviors of your feline friend. Especially when they become disruptive or present health concerns. These behaviors are often cat anxiety or stress-related issues, but can fall into a few different categories.

A phobia is defined as a specific stimulus which incites a persistent and excessive fear. Two common examples of phobic stimuli for cats are thunderstorms and vacuums. There is typically an immediate excessive response, which is characteristic of the phobic condition. The phobia often stems from a negative experience. A cat that was surprised once by a vacuum turning on right next to them may refuse to even walk near the vacuum ever again. Once a phobic event has been experienced by your feline friend, any event associated with it, or the mere memory of the experience is enough to cause a response. 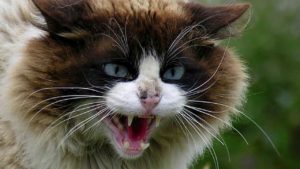 Fear is a natural unpleasant feeling of apprehension caused by an apparent or perceived external threat. Fear could arise from a situation, person, object or another animal. Being run over by a car is a natural fear, which may cause some cats to avoid any areas with traffic. Just like people, cats can also have unreasonable fears. These can often be unlearned if the owner is willing to put in the effort.

Anxiety is the anticipation of future damage as opposed to harm which is actually occurring or imminent. Anxiety can often result in reactions that would be associated with fear. One of the most common forms of cat stress is a concept called “separation anxiety.” This is when a cat (dogs often have this issue as well) acts out whenever they are left alone.

Signs That Your Cat is Unhappy

If cats could just tell us what is bothering them life would be a lot simpler. Unfortunately, the way that cats communicate their unhappiness is often less than pleasant for an owner. Some of these behaviors can also be harmful to your cat's health.

Here are a few of the ways that cats exhibit signs of anxiety, fear or phobias: 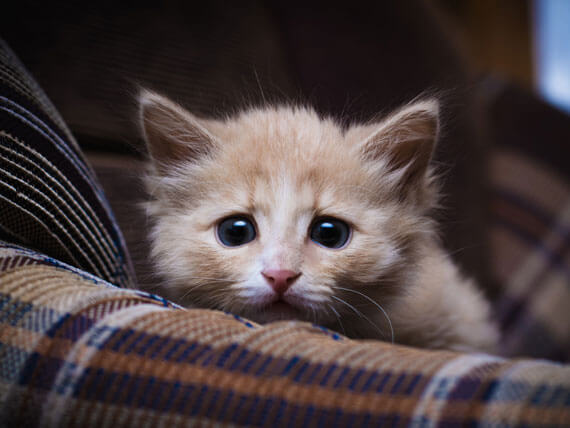 If your cat is exhibiting any of these signs, your first move should be to rule out a medical issue. This can only be done by a licensed veterinarian. Make it easier on your vet by keeping a record of your cat’s concerning behaviors. Timelines can be an important diagnostic tool.

If there are no clinical problems with your feline friend, here are some natural options for coping with cat anxiety and fearful behaviors.

1. Outside Stressors Mere Humans Would Not Understand

Cats have better hearing and unique vision in comparison to their human companions. There may be things going on in your neighborhood that are seemingly unrelated to your cat’s issues. Something as simple, yet distant as construction going on down the street could be enough to cause a cat to lick itself nearly bald. A new cat or dog living at the house next door may be causing your cat some anxiety even if they have never interacted. That beautiful bird feeder outside the front window could be really hitting a nerve. A change in weather could even have your pet acting out irrationally.

Identifying potential changes to the world outside your window is the first step in being able to insulate your cat away from these concerns. In some cases, this may mean closing windows to block noise or moving your cat out of an area in the house that has potential exposure to animals or people passing by. 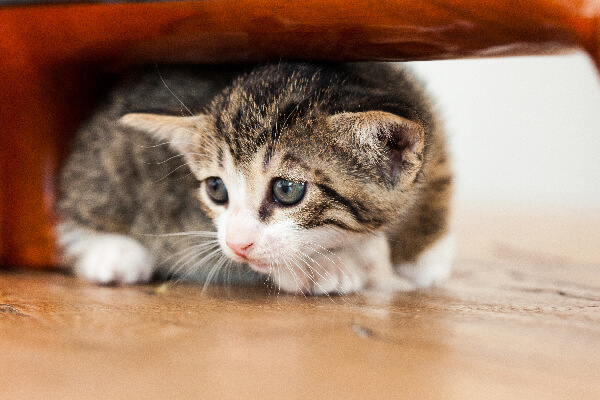 Cats are undoubtedly picky creatures and they like things their way and their way only. Why can’t we humans just understand that? This also goes for the litter box. Inappropriate elimination gets a section of its own because it is pretty important. No one wants a cat who can’t hit the box. This particular issue is a common sign of anxiety. It is natural for cats and many other animals to mark their territory through elimination. Since cats typically prefer the comfort of a litter box, it is certainly concerning when they miss.

There are three areas to think about when addressing non-medical elimination issues:

Petting a cat when they appear anxious or fearful is a bad idea. Even if you and your cat are BFFs, cats that are frightened are not known to act rationally . . .  neither are humans for that matter! Diverting your pet's attention is a good place to start. Choose an object or activity that you know makes them feel comfortable or happy. This could mean bringing out their favorite pillow, blanket or even toy. Toys are awesome options to divert attention. Keeping your pet active is a great way to keep their mind off whatever had them frightened. Laser lights and toys containing treats keep your pet engaged and have even been shown to help with cognitive function. Playing may exhaust some of that anxious energy and possibly even turn it into a relaxing cat nap. 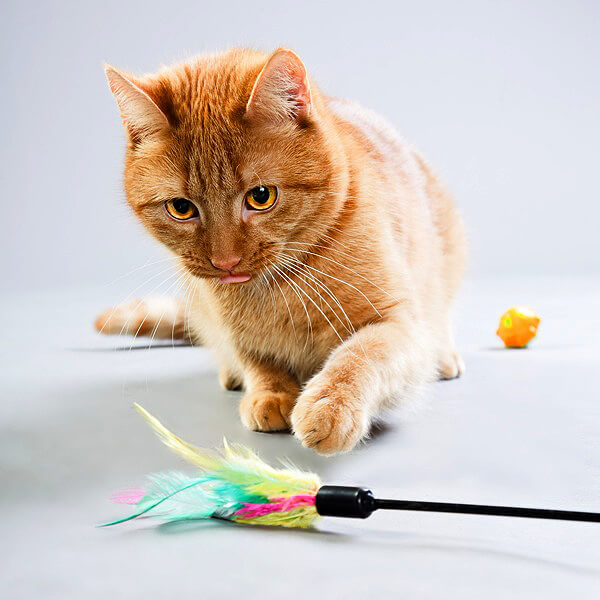 There is such a thing as kitty Prozac and similar drugs, but why purchase prescription medications when there is a natural option that may help? CBD oil is natural hemp extract containing cannabinoids which interact with existing receptors in the body. Humans and animals alike have an endocannabinoid system that functions to naturally restore balance in the body and promote homeostasis. The World Health Organization recently found CBD to be safe for both humans and animals, non-addictive and without side effects.

Receptra Pet CBD is specifically formulated for pets and does not contain harmful additives. Many holistic animal care providers recommend CBD for cats to address a specific concern and for general wellness. Much of the science behind CBD also applies to the animal world. CBD for cats can easily be mixed into food or place directly in the mouth using the serving dropper.

Cats really don’t appreciate change of any sort. This can make them edgy, to say the least. Something as simple as a change in your work schedule could spiral even the most seemingly stable cat into a fit of separation anxiety. Unfortunately, it is often unrealistic to plan your whole day around your cat. In these cases, you may want to try cat-proofing the house by closing off areas where the most havoc can be wreaked.

Adding new humans or animals to a cat’s normal environment can also incite fear. Be cautious with introductions, especially with new animals. There are a number of techniques for slowly allowing animals to become aware of each other before making actual contact. It is best to err on the side of caution and avoid the potential for mass hysteria or a cat that only comes out of the closet once a day when no one is around. 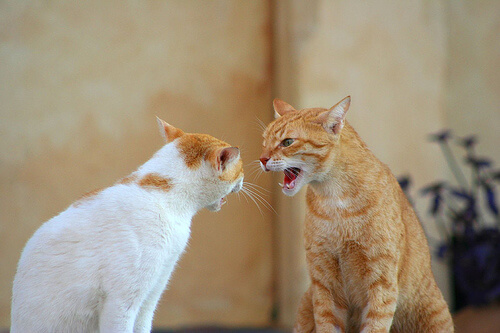 Avoiding a Cat-tastrophe with Natural Solutions

Most badly behaved cats are just misunderstood. Though you aren't expected to be a feline psychiatrist, it is a good idea to try and understand where your cat is coming from. A cat's anxiety, fear and phobias may not always make sense, but yours probably don't either. Addressing specific issues with natural solutions such as behavior modification, providing a safe and comforting environment and supplementing with CBD for cats could be the answer to restoring peace in the household.